A mother and her infant baby were killed in a bomb attack, which authorities suspect to be carried out by the outlawed Kurdish militants in southeastern Turkey.

The attack took place on a road heading to Yuksekova, a district in the southeastern province of Hakkari, bordering both Iraq and Iran.

According to the state-run Anadolu news agency, Nurcan Karakaya died at the scene of the attack while her baby son Mustafa succumbed to his fatal injuries at the hospital despite all the efforts of medical teams. 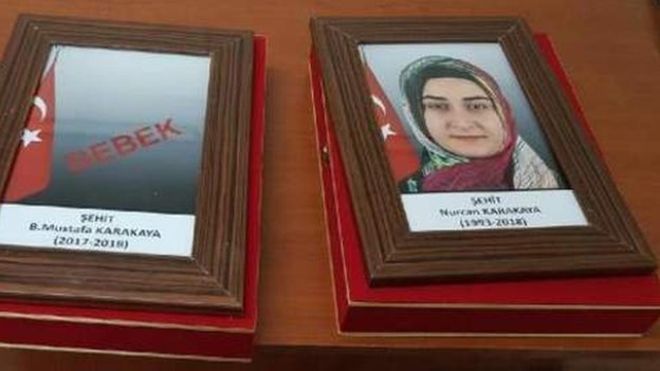 Turkey’s authorities believe that the Kurdistan Workers’ Party (PKK) planted the improvised explosive device on the road, a favorite tactic employed by the militants against the Turkish security forces over the past three decades.

The incident sparked public anger. Interior Minister Suleyman Soylu lambasted the terrorist group for targeting civilians, in this case, a mother and baby. “PKK was a baby killer 40 years ago, so is it today.”

Hundreds of soldiers were killed in IED and bombing attacks in an insurgency that raged on more than 30 years.

The woman, the Anadolu said, was returning from meeting with her husband who serves as a sergeant in the Turkish military.

The security forces are locked in a prolonged battle with the PKK militants in the mountainous areas of the region, which offers natural hideouts and bases to the separatist fighters.