In Blow to Turkey’s Erdogan, Zarrab to Testify in Sanctions Trial

Mr. Zarrab’s two-month absence from the courtroom since September has fed wild speculations over whether he would cooperate with prosecutors. The mystery crept to a macabre end for the Turkish government, especially after Judge Richard Berman told jury candidates on Monday that Halkbank executive Mehmet Hakan Atilla, another defendant in the case, will be the only defendant to stand trial.

Many construed Mr. Zarrab’s removal from defendant position as a sign that he struck a deal with prosecutors and would appear at the court as a witness. On Tuesday, it became a fact.

He pleaded guilty and will testify against Mr. Atilla on Wednesday.

“The scheme was so large that it was protected by government ministers in Turkey and Iran,” Mr. Denton said, addressing the jurors at the start of the case.

“Atilla and his lies played a crucial role in giving Iran access to U.S. dollars and U.S. banks. Iran did not need soldiers. Iran needed a banker.

Zarrab, 34, was arrested last year and jailed before entering a plea to bank fraud, money laundering and other charges in secret on Oct. 26. A charging document unsealed on Tuesday alleged that he met with banking government officials — “including the then-governor of the Central Bank of Iran and the then-finance director of the National Iranian Oil Company” — in 2012 to discuss transferring Iranian natural gas proceeds to a Turkish bank, and that he spoke about paying a bribe to a bank executive. 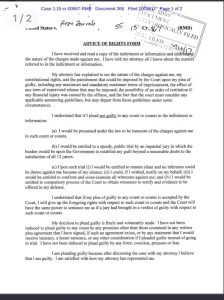 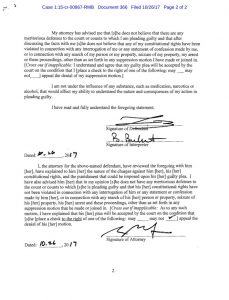 Zarrab accepted responsibility for “busting sanctions and laundering money” and would “tell the inside story and expose the truth behind all those elaborate lies” told by his onetime co-defendant to cover up the scheme, Mr. Denton said.

The news roiled Turkish markets, with lira tumbling against the dollar.

Atilla and other plotters used elaborate transactions to “fool the U.S. government,” Denton said. They “covered up their lies with millions of dollars of bribes to the highest-level officials of the Turkish government” — including, he said, the then-minister of Turkey’s economy, according to Bloomberg.

In his opening statement, defense attorney Victor Rocco attacked the credibility of Zarrab by casting him as an international con man.

Zarab’s cooperation agreement was a “deal of a lifetime” that won him his release from a U.S. jail and “shortcut back to his lavish life,” Rocco said. The government witness, he added, has been “squirreled away somewhere with FBI agents in some unknown place” while waiting for his turn to testify, which could be as early as Wednesday.

The prosecution in Manhattan has been major news in Turkey, where President Recep Tayyip Erdogan has repeatedly asked the U.S. to release Zarrab. Turkey’s deputy prime minister recently said Zarrab, who is married to Turkish pop star and TV personality Ebru Gundes, was a “hostage” being forced to testify against Turkey’s government.

On Tuesday, a Turkish prosecutor issued warrants for the detention of two citizens for cooperating with U.S. prosecutors. The move comes amid a crackdown by Erdogan following a 2016 coup attempt he said was orchestrated by Fethullah Gulen, a Muslim cleric living in self-imposed exile in Pennsylvania. Several Americans have also been arrested in that crackdown.

Erdogan has demanded that Gulen be handed over to Turkey, perhaps in exchange for detained Americans. Gulen has denied having any role in the coup.

The scheme in the U.S. case was originally uncovered by Turkish police before bribes to top public officials in Turkey led to a purge of Turkish law enforcement that included imprisonment for some investigators. Zarrab had initially been arrested in Turkey in 2013 in the probe that involved several top Erdogan lieutenants and Halkbank, the state bank. Those charges were later dropped.

“While bribes got rid of the case, they could not get rid of the evidence,” Denton said, noting there were wiretapped conversations by Zarrab. “They did not see the light of the day, until now, until this trial in New York.”

Atilla, 47, a former deputy CEO of Halkbank, was the architect of an effort to dupe U.S. banks into letting Iran move money around the world and blow “a billion-dollar hole in the U.S. economic sanctions,” Denton said.

Rocco countered by saying the real mastermind was Zarrab, a dual citizen of Turkey and Iran who made hundreds of millions of dollars he used to buy jets and yachts and people.”

Zarrab is “a liar, a cheat, a corrupter of men … a one-man crime wave,” he said.

By contrast, his client “is not corrupt,” he told the jury. “He took no bribes. He is a hard-working person like all of you.”